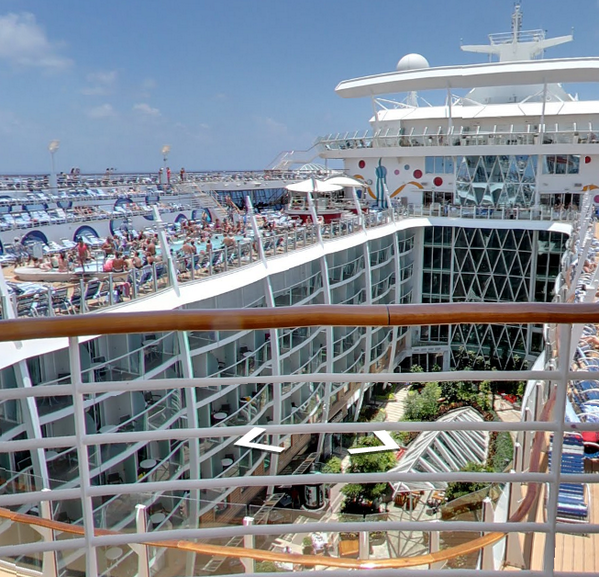 MS Allure of the Seas is an Oasis-class cruise ship owned and operated by Royal Caribbean International. The Oasis class are the largest passenger ships ever constructed, and Allure is 50 millimetres longer than her sister ship Oasis of the Seas, though both were built to the same specifications.[12] Designed under the name "Project Genesis", she was ordered from Aker Finnyards in February 2006 and her construction began at the Perno shipyard in Turku, Finland, in February 2008. She was named in May 2008 after a contest was held to name her and her sister.[14] The keel of Allure of the Seas was laid on 2 December 2008, shortly after the shipyard had been acquired by STX Europe.